Both Russian Blues and Persian cats are gorgeous cats. Are you still on the fence about which one would be the best fit for you or your family?

Read on because here, we’ll highlight the differences and similarities between the Russian Blue versus the Persian cat.

Both the Russian blue and the Persian are known for their gentle, affectionate natures and relatively laid-back personalities. However, it is here where the similarities end.

As far as physical appearances go, these breeds seem to be on opposite ends of the spectrum, with the dense, short fur of the Russian blue being virtually hypoallergenic while the fluffy, full-coated Persian has a high-maintenance coat that requires constant grooming.

Russian Blues only have one coat color and one eye color – these dignified cats are known for their silvery blue coats and brilliant green eyes. Persian cats, on the other hand, come in a wide range of both eye and fur colors.

The Russian Blue: An Overview

Characteristics of the Russian Blue

The things a Russian Blue is well known for are their stunning short but dense and soft, coat, shimmering from sliver to slate gray. Their bright green eyes often ringed with yellow or amber.

of course, their friendly and loyal Russian blue is known for its docile personality but loving personality and they are relatively low-maintenance cats who love human interaction but are also okay with spending some time by themselves.

Origin of the Russian Blue

While it’s theorized that the Russian blue existed in the snowy forests of northern Russia for hundreds of years before coming into prominence in the 1860s.

Reportedly, British soldiers brought these cats to their home country from the northern Russian port city of Arkhangelsk. This is where the Russian Blue got their ‘other’ name; Arkangel Blue.

Possibly a good choice for people with allergies

One of the best features of the Russian blue is that it’s considered a hypoallergenic breed since it has short hair and seldom sheds.

This cat also reportedly produces lower levels of glycoprotein Fel d 1 than other breeds – a common allergen. These features make the breed a great choice for cat-lovers with mild allergies.

It’s worth noting that no cat is 100% hypoallergenic because all cats possess the protein that causes allergies in people. However, some breeds, like the Russian Blue, are less allergenic and therefore a good choice for people with mild allergies.

A relatively healthy and strong cat

Russian blues have one of the longest lifespans of all cat breeds. With an average lifespan of about 10-15 years, there are cases of Russian Blues living to a ripe age of 20 and beyond.

When considering one of these distinguished cats for a pet, remember that it will be in your life for a very long time.

The Persian: An Overview

This regal yet fun-loving breed traces its roots back to Persia – now modern-day Iran.

An Italian trader named Pietro Della Valle is credited for introducing the Persian breed to Europe in the 1600s, bringing several cats back from his travels through Persia and Turkey. 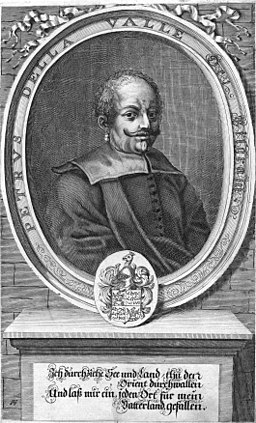 While its long-haired cousins populated Europe in the 1500s, the Persian breed is believed to have developed the mutation for long hair from Persia’s cold, mountainous regions.

Americans fell in love with the Persian in the 1800s, and it has been one of the most popular cat breeds ever since.

This breed is graceful and lithe – sleek without being bony and muscular while not stocky. The legs are long and slender, with small, rounded paws.

As this breed’s name suggests, the Russian blue is best known for its beautiful silvery gray coat that is consistent over the cat’s entire body. The fur is dense, keeping its skin warm and dry, and the fur is soft and silky to the touch.

The Russian blue has a head that appears vaguely triangular and not nearly as broad or flat as the Persian. This breed has triangular ears with pointed rather than rounded tips.

The Russian blue has large, round, wide-set eyes that are always bright green, occasionally rimmed with amber or yellow, especially when young.

With its long, flowing coat and flat, pansy-shaped face, it’s easy to recognize a Persian cat when you see one.

The body is stocky, with a broad chest, feathery tail, and short, muscular legs. Its face is broad and flat, with a well-defined muzzle and chin.

The ears tilt forward and are sometimes hard to see through the thick fur. Its eyes come in several colors, including blue, green, gold, hazel, and brown.

The Persian’s long, flowing coat comes in a myriad of colors, from cream, blue-gray, black, white, tan, and orange, with a range of markings including tabby and Himalayan. The coat requires a high level of care to prevent shedding and knots.

The Russian blue is known for being a quiet, independent, gentle cat that is affectionate with its humans but will be shy and reserved around strangers.

They are playful and usually laid back, possessing high intelligence, making cats from this breed easy to train.

They aren’t destructive and will remember the limits you impose – whether it’s not jumping onto the countertops or staying out of the garage.

This breed doesn’t cope well with change and will show signs of distress with big changes such as moving or a new family member.

Not a very active cat, the Persian is a perfect companion to sit on your lap or with you on the couch. While playful, they aren’t hyper and are seldom seen running around with boundless energy.

They are sweet, affectionate, and needy, craving attention from their owners. It is difficult for them to spend time alone, as they aren’t very independent and would prefer to be with their owners all the time. They love being petted and will let you know if they feel neglected.

Which Breed Should You Adopt?

If your lifestyle involves many big changes, like often moving for work or frequently welcoming new family members into the home, the Russian blue is likely not the breed that would feel at home in your family.

If your work keeps you away from home for long periods of time, the Russian blue is unlikely to be bothered.

It is a fiercely independent breed that can entertain itself, but it will always be happy to greet you when you come home.

On the other hand, the Persian is a needy cat that craves attention from its owners. If you leave the house for more than a couple of hours, your Persian won’t let you easily forget it.

They’ll jump up in your lap, curl up at your feet, and let you know whenever they feel neglected.

Avoid adopting a Persian if you don’t have the time or energy to tend to its high-maintenance coat. Both the Persian and the Russian blue are great cats for either families or individuals, so in this regard, either is a safe bet.

Whatever choice you make, whether it is Russian Blue or a Persian, or perhaps, a completely different breed, it involves many more factors that we can highlight in this short article.

Many of those considerations are personal. In the end, you will make the right choice of what cat is the best fit for your family. All we can hope for is that you offer your new companion a warm, safe, and truly forever home.

Spend some time reading the other content on our site to discover what you can expect as a cat owner.

Then you will love our other content as well. Have a look at these popular articles on our website.

At Cat & Friends, we're dedicated cat-parents and very passionate about everything feline.

While caring for our cats, we often wonder why cats do what they do, how to keep them healthy, and how we can better understand them to make their lives better.

We're also passionate about writing and we combined our two hobbies and created this cat resource.

Much of our content is validated by veterinarians or other experts. We hope you find it helpful and enjoy reading it.

Have a wonderful day!

Adopting a Russian Blue; How to Prepare?